THEM Media Inc. is a media company and is an active participant in a broad array of media work in producing content for television networks, advertising agencies, film studios and record labels. THEM’s diverse portfolio of media projects include television programs, commercials, music videos, feature films, branded entertainment and branded content for the web and mobile devices. The company was founded by Executive Producer Tony Harding in 2006 as a 21st-Century production company set to address the changes, challenges and overlaps in the advertising arena, television programming and new media landscapes. Tony Harding’s vision was to merge exceptional talent from diverse media backgrounds to become, together, a powerful multi faceted production boutique. THEM offers an innovative blend of creative production, development, new media and programming.

The company’s versatile think tank talent roster is comprised of accomplished directors, ad savvy creatives and seasoned producers, who embrace Harding’s “can do” philosophy and always find innovative ways to enable clients to achieve their objectives. 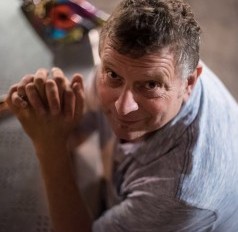 Tony Harding (Producer). A veteran New York-based producer, Mr. Harding has successfully led high profile productions for premier international clients, advertising agencies and broadcast networks for over twenty years. Tony is known as a creative producer who is experienced in many facets of media, technology and communications. He founded Tony Harding Entertainment and Media (THEM), where he has spearheaded projects for MTV, VH-1, Fuel, We TV, TV Land and other networks. Tony was executive producer on Mission: Man Band for VH-1 and, most recently, produced the multi-camera production of the Tower of Power 40th Anniversary Reunion at the Fillmore DVD, which will be distributed worldwide in 2009. He is also an executive producer on Lemmy: The Movie, a feature length documentary on Lemmy Kilmister, the legendary frontman and bass player of Motorhead, currently in production. Tony Harding is a member of the AICP and DGA, and has won numerous awards for his work. His public service announcement for Oasas was selected and entered into the permanent exhibit of the Museum of Modern Art in New York City.